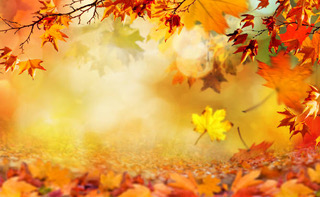 Weather conditions last autumn were favourable for winter cereals planting in almost all of Europe.

This is reported by the bulletins of the European Commission – JRC MARS Bulletins – the last of which was published on 24th January (https://ec.europa.eu/jrc/en/science-update/mars-bulletin-january-2022).

At the beginning of November 2021, sowing was almost completed in main of European countries.

In most areas, farmers seem to be very satisfied.

The implementation conditions were optimal.

Some small downsides though…

In the south-west, warmer than average temperatures in October/November as well as heavy rains have led to local parasitism, some flooding and abandonment of rapeseed surfaces.

According to some sources of the European Commission, the areas sown to rapeseed in France would still be +12.1% compared to the previous season.

The slight delay in the development of winter wheat, due to late sowing and colder than average weather in October and November, would have been partially made up thanks to warmer than usual temperatures and higher rainfall, over the period from December to mid-January.

In the north-east, we are told that the particularly humid conditions have not favoured the development of roots in depth, which could prove damaging, at the end of the cycle, in the event of drought.

On the commercial side, the organic milling wheat business is slowing down a bit.

French buyers are rather well covered and the demands on the close relatively low (source La Dépêche – LE PETIT MEUNIER of January 20, 2022).

In this context, the price trend on this cereal goes against the general trend.

With a heavy and bearish market, producers have not been encouraged to sow organic soft wheat and the next volumes will certainly be more limited.

The news is good too.

Autumn rains were well above the five-year average and the rainfall deficit in the north of the country in December/January would not,so far, have a negative impact on crops.

It should be noted that the area sown with wheat, especially durum wheat, would be on the rise.

To believe that farmers have been motivated by high level prices following a rather poor 2021 harvest and a notable lack of volumes.

The price difference between conventional and organic is now relatively small since the prices are respectively 540 EUR/T and 560/570 EUR/T EXW.

After a period of drought, the rains in December were beneficial to winter crops.

However, water scarcity persisted in the south.

At this stage, the delay seems to be globally made up except perhaps in Andalusia.

Let us hope that these good advances will finally reverse the upward trend in the market.

Indeed, since last spring, spanish organic grain and oilseed prices have reached higher levels than other European countries, which is quite exceptional.

Conventional prices have exploded and dragged in their wake those of organic.

Some traders predict a change in trend, probably before May, as the new harvest approaches.

Our local contacts in Estonia expect yields for 2022 to be roughly similar to those of 2021.

Last year was marked by a long period of drought, quite exceptional, and the water deficit will be difficult to fill.

The months of December and January will have been slightly colder than usual throughout all the area.

Ukraine is expected to experience a moderate delay of crops due to long sowing period.

Russia, for its part, has benefited from better conditions for establishment and development.

At the end of December, temperatures throughout the region dropped and then rose to well above average levels.

But what worries the whole world is the embrasement between Russia and Ukraine and drives up international grain prices.