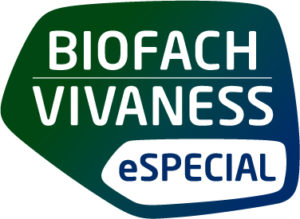 An error slipped into our previous Newsetter in the article BIOFACH/VIVANESS 2021 – What to remember from this digital first?  in the section The Organic in France, it was necessary to read “According to a survey done in 2021 by the FIBL, the organic share of the value of eggs sold in 2019 in France was 37,2%”

BIOFACH/VIVANESS 2021 – What to remember from this digital first?

The largest international trade fair for organic food and cosmetics has therefore virtually brought together this year 1,442 exhibitors and 13,800 participants from 136 countries. As first occupant of the house, we have a little bit “wiped the plaster” … Despite a rather laborious implementation, navigation in site far from the easiest and connection problems, the participants enjoyed meeting each others! They were able to make new contacts and attend numerous online conferences on technical, political or more general organic subjects. So what to take away from the event?

The trends are now in plant-based products, low in sugar or sugar-free, foods with “extra benefits” but also labels of sustainability and social responsibility.

The latest figures from Organic

According to data collected by FIBL and IFOAM which were published in February 2021 in the 22nd edition of “The World of Organic Agriculture” and which were presented at the fair as part of the conference of the same name, Organic in the world is doing for the best and was rather boosted during the Covid crisis.

In Europe, an additional 1 million hectares were cultivated organically in 2019, while imports from third countries remained stable. Organic sales, for their part, weighed 45 billion euros and the increase seems to continue in 2020. We already know that sales in Germany have increased by 20%.

The big winners in 2019? Without a doubt online sales, home deliveries, but also local retailers.

The big losers in this year of the health crisis, as we can imagine, Catering and Food Service have been terribly impacted by the development of teleworking and especially by the general closings of restaurants.

The Organic in France

According to a survey done in 2021 by the FIBL, the organic share of the value of eggs sold in 2019 in France was 37,2%. The country took 2nd place, behind Spain, in terms of organic hectares cultivated and also in terms of organic sales, just behind Germany. According to figures provided by Agence Bio during the conference “The European Market of Organic Food”, France represented, this same year, 2.29 million hectares of organic or 8.5% of the UAA, more than 47 000 producers and 23,000 operators, as well as a market of 11.3 billion euros, or 13.34% more than in 2018. This market should weigh, according to the latest estimates, 1 billion more in 2020.

Thanks to the European Green Deal and the Farm to Fork strategy, the objective is to reach 25% of areas cultivated with organic farming, in Europe, by 2030. We can therefore only rejoice at the exponential demand from consumers, in particular since the COVID health crisis, which should thus be able to support the development of surfaces. But, with 3.3% of UAA organic, in 2019, in Europe, we are still far from the target!

What will be the impact of the entry into force of the new European organic regulation from January 1, 2022?

At the national level, will all the member states provide the necessary financial and technical means to support the transition to more organic?

Europeans seem to be more and more concerned about their health and the environment, however, although demand is there, it has been observed that the share of purchasing power devoted to organic food in 2019, in some country, had fallen. So what will be the impacts of the economic crisis on this booming market?

Find all the figures and presentations of the FIBL cited in this article, by following this link https://www.organic-world.net/index.html

Participants in Biofach / Vivaness 2021 can also find, for a further 5 months, detailed exhibitor presentations as well as replay conferences, by logging on to http://www.talque.com with their login given for the show. 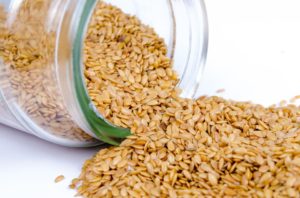 Since the very first announcements, at the beginning of September 2020, via the European alert system RASFF, of the presence of ethylene oxide in Indian sesame sesame and derived products, the alerts follow one another and the tentacles of the octopus continue to deploy…

While we thought that the presence of this pesticide – banned in Europe since 2011, in human food as in animal feed, for its carcinogenic risks – was confined to Indian sesame seed, the list of products withdrawn from the market and countries likely to use this chemical, is getting longer and longer. The report by the French Senator Laurent Duplomb of February 17, 2021 indicates that other products  would be concerned, such as organic psyllium, spices, gluten-free flour, organic amaranth, Indian spice mixes or dried shallots.

The incriminated countries are said to be, in addition to India, Vietnam, China, Jordan but also Burkina Fasso, Ethiopia, Bolivia and Paraguay.

More than a hundred countries are said to be affected by the alert, including 20 European countries, but the report does not mention any repercussions noted at the level of poison control centers.

In the meantime, the list of products subject to withdrawals and recalls, regularly updated in France by the DGCCRF, continues to expand.

The contaminations date from 2018 but may be older. On the possible causes of the use of this chemical, the report mentions preventive treatment by fumigation to reduce risks such as the presence of salmonella. But other hypotheses are put forward such as “the use of ethylene oxide as a disinfectant for storage or transport, as a plant protection product or other factors which could, for some, explain slight exceedances in relation to the MRL. such as the disinfection of jute bags containing these seeds, the washing of fresh products in chlorinated water causing a reaction or the natural development of certain plants. “.

Investigations are still ongoing and measures have already been taken in France, as in Europe, such as the obligation to withdraw and recalls non-compliant sesame seeds and products containing thi seed, regardless of the incorporation rate, or the obligation to provide a pesticide analysis on Indian sesame seeds upon importation.

This affair created an unprecedented chaos in India where certain control bodies were suspended for a while, the time for the Authorities to conduct their investigation. Even if the situation at their level is back to normal, new measures would have been taken with exporters. They should now provide a compliant analysis for all products sent to Europe, organic and conventional. For products intended for the Canadian or American market, this obligation would only be valid for foodstuffs from organic farming because the use of ethylene oxide would not be prohibited there in conventional. In this context, transactions towards these countries are now privileged and the flow between India and Europe is all the more slowed down.

But we are only at the beginning of this affair and since we only find what we are looking for, we are not at the end of the unpleasant surprises!

A growing number of European organic operators are carrying out analyzes on various imported products of different origins, and some analyzes are said to be positive for ethylene oxide.

His research, systematic, imposed, at least in imported organic products, seems obvious. But what will be the consequences and who will pay?

The new single consumer information site on the recall of current products of consumption, RappelConso, will be available to the general public from early April. French companies will centralize their recalls there and consumers will find detailed information (batch numbers, photos of products, risks, etc.).

One can expect, and this is the goal, that information will flow better and, therefore, that the impact will be all the greater.

The shortage of broken and sortexed rice is proven for several months already in Italy and this phenomenon is only amplifying due to the lack of processing in many rice mills. Indeed, these ones are in difficulties to honor their by-product contracts and some even offer their services at reduced cost to restart their machines.

How to explain this shortage of work in the rice mills ? If first the over-storage caused by the first lockdown seemed to be an explanation, another, also still linked to the health restrictions imposed for a year, is more plausible : the type of customers.

As a reminder : since March 15th, and at least until April 6th, Italy has again tightened its restrictions and sanitary measures.

However, the demand for by-products does not weaken and prices continue to rise. If at the start of campaign it was necessary to count between 350 and 380€/mt for conventional broken rice, they were quoted last week at Vercelli market, between 410 and 450€/mt for the finest qualities. And things are not going to get better.

For the 2020-2021 harvest, this one saw its deliveries increased by almost 13% in Europe – Germany, France, United Kingdom for the top three – and its exports to the Third Countries make a bond of 39% compared to the same period in the previous crop (source Situazione del mercato di marzo 2021 – ENTE RISI report). On the other hand its imports decreased of 37% for Indica rice and of 26% for Japonica rice from Cambodia and Nyanmar.

For the moment, nothing indicates that rice prices will drop by the end of the campaign, especially for organic, and also because farmers are currently busy sowing and are not open for sale. Nobody knows what their intentions are. In 2020, their preference was turned to round rice. We will have to wait a few months more before we get official figures.